A very bitter and aggressive individual, usually using violence as the way to take care of problems rather than fully thinking them through. She can be extremely stubborn, always having a little tantrum if someone tries helping her despite whatever grave injuries she suffers, but lets them help her despite how fussy she gets. She’s also fiercely protective of those she’s closest to, and ultimately would save anyone in danger. 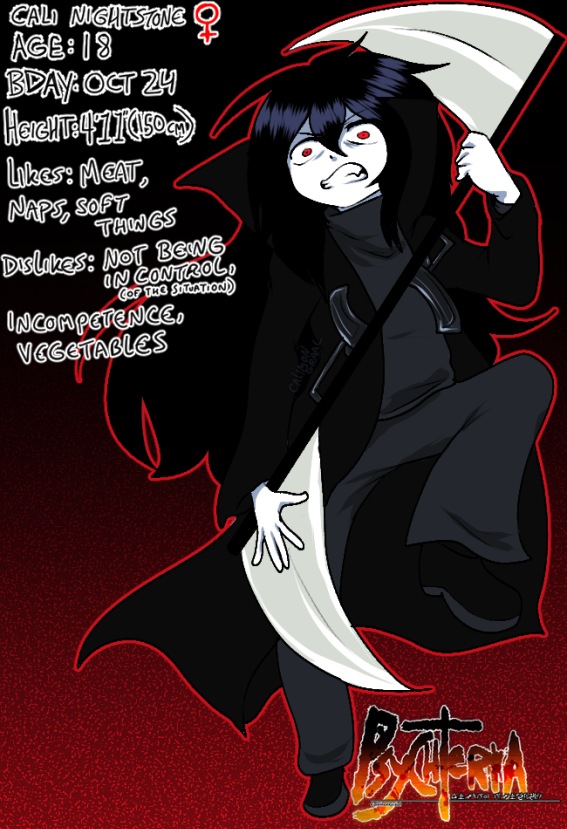 Zage is naturally constantly nervous, always appears cowardly and would rather avoid fights, but he does have moments where he tries to help when someone’s in trouble. He can be a bit insecure with himself and a bit of a pushover unless he’s fed up with the person’s shit. He’s also rather secretive, at least when it comes to his past and where he came from before he met Cali. Talking about it makes him extremely uncomfortable. 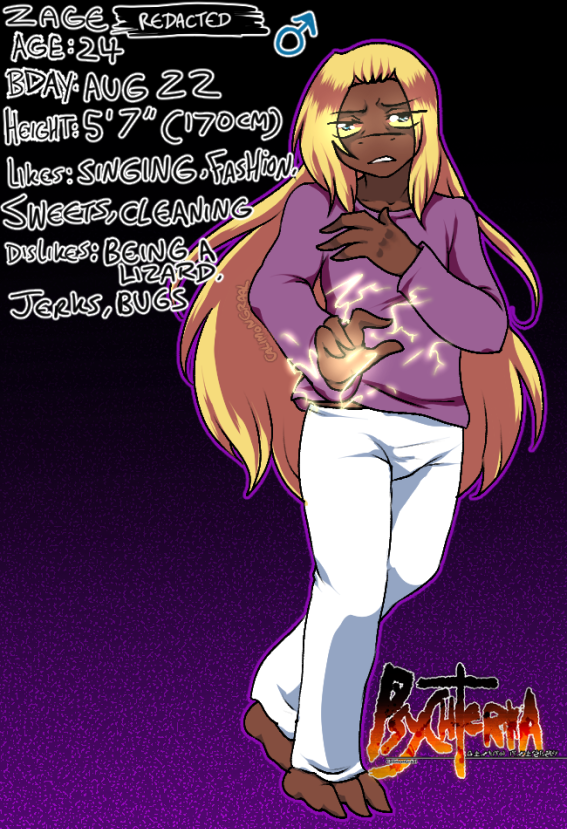 A very kind boy who can get easily excitable over childish things, though he’s also avoidant of fights as he doesn’t know how to defend himself. He’s considered the “medic” of the group due to his experience with first aid, even though the most he can do is stitch and patch up wounds. 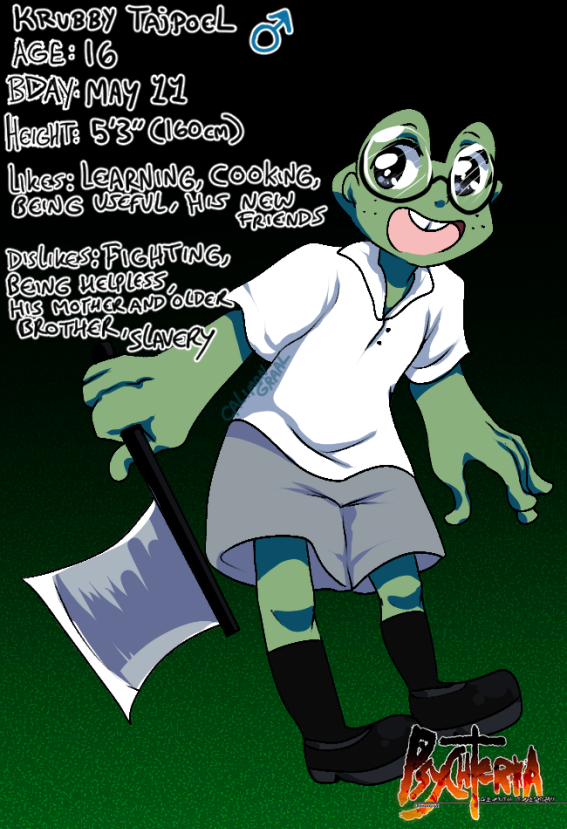 A mysterious, brooding individual that seems to have vengeance and guilt weighing down on his shoulders. He seeks to take revenge for the gruesome death of his little sister, and has wandered for 3 years trying to hunt down the murderer. 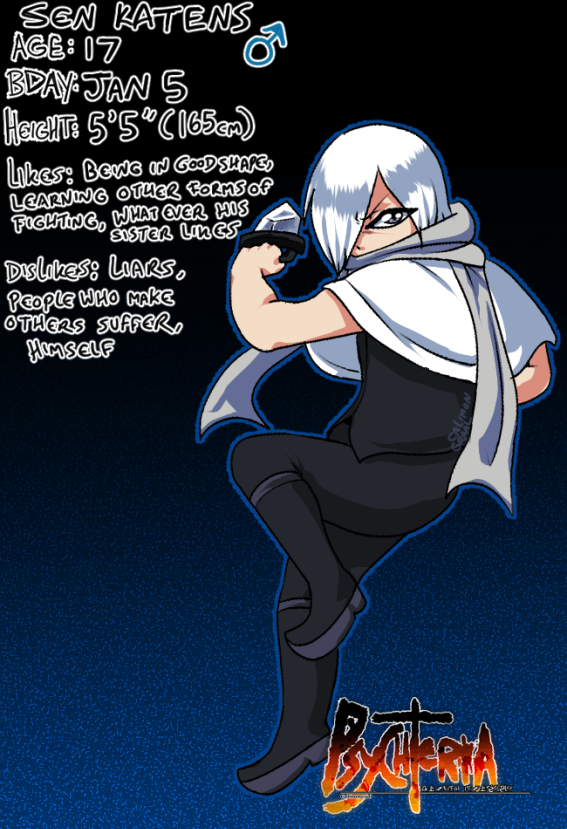